This preview, and all of the others, are now presented in handy checklist form here on Strange Assembly. A link to the checklist can currently be found as one of the top-level options from the menu above, where it will remain until some time after Ivory Edition is released and all of the cards can be found on l5rsearch or an AEG website.

Once upon a time, there was a scary lady: 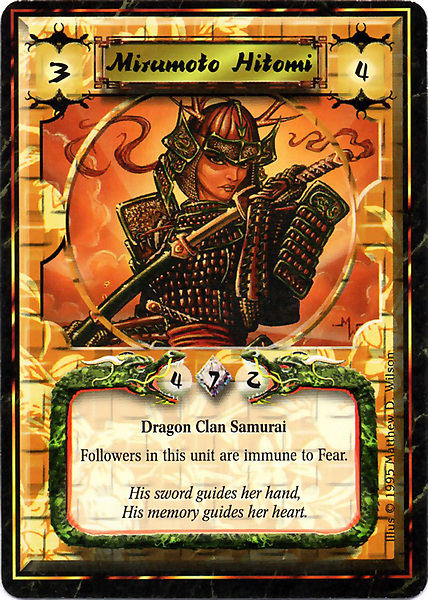 Well, OK, maybe she wasn’t so scary at that point (although, no joke, this was some of the best stats you could find on a Dragon Personality back in Imperial Edition – they were really awful). But she was already handing out immunity to Fear (Fear at the time only affected Followers), however, and she’s definitely scary by the time we get here … 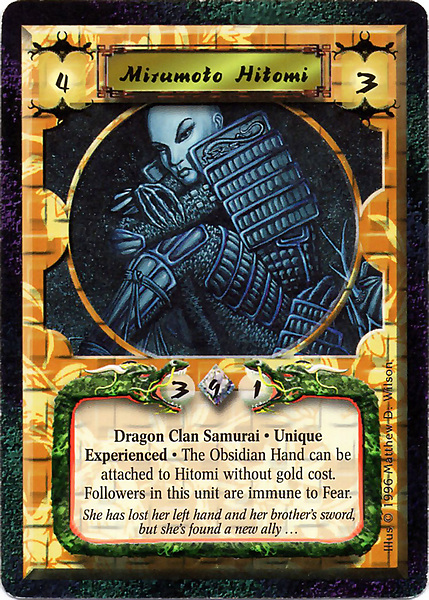 … where she is definitely not someone you want to get on the bad side of. Then, after ripping Togashi’s heart (and the 12th Black Scroll) out of his chest, she took over the Dragon Clan … 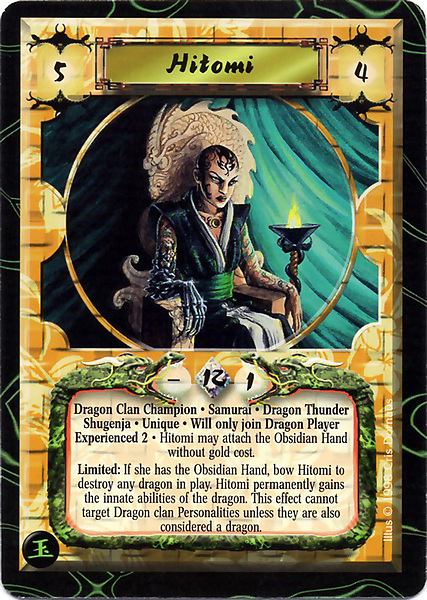 … went a bit crazy and started taking some really bad advice from an even crazier guy …. 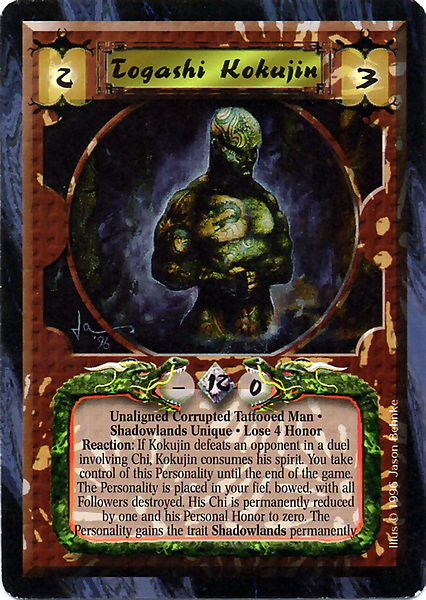 … and decided to start making her own tattooed followers: 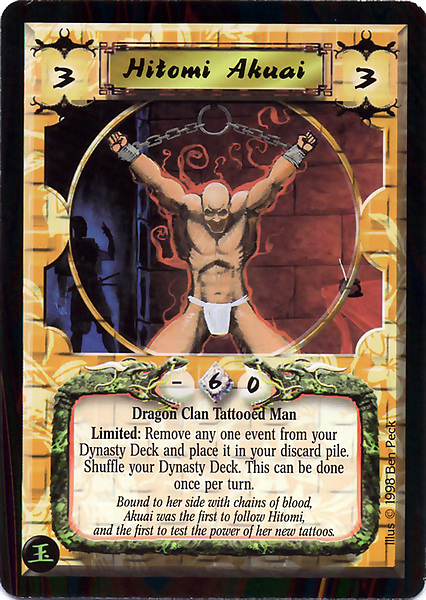 See, doesn’t he look happy to be the first member of the Hitomi family? The Togashi monks had also been known as ise zumi. The new Hitomi monks, a rather violent sort, would be known as kikage zumi. The Hitomi order is now gone, folded (along with the later-created Hoshi order) back into the Togashi, but the concepts of ise zumi, kikage zumi and tsurai zumi live on as philosophical strains within the Togashi order. And so Hitomi’s legacy of scary bald folk who are just not afraid of you lives on: