A little bit late in the day this week, as I was hoping to scrounge up the full results from the elimination rounds in Kansas City for the territory-stealing, but that will have to join the Feedings Hills attendance in the missing data pile for now.

Lots of Phoenix in the elims again this week (5 of 8 in KC and another 2 in Dublin), while the Lion picked up another win to go with their continued low rate of making the cut. Those two Clans now have the highest attendance. 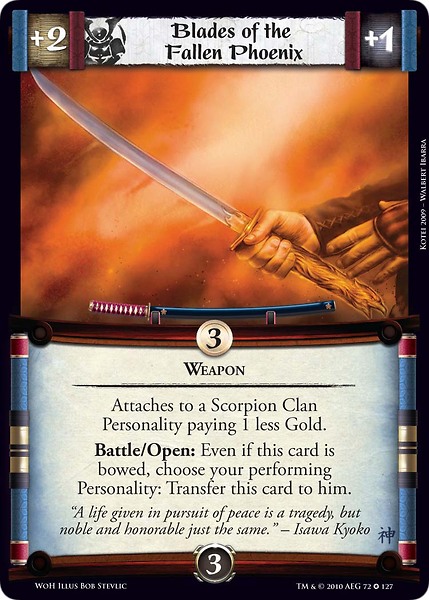 What about that territory stealing and matchup data? Phoenix continue to be getting the rough end of this, currently slated to be the ones coughing up fully half of the territories to be taken. Note that the Kansas City Kotei isn’t included, but at least they mostly lost to each other there.