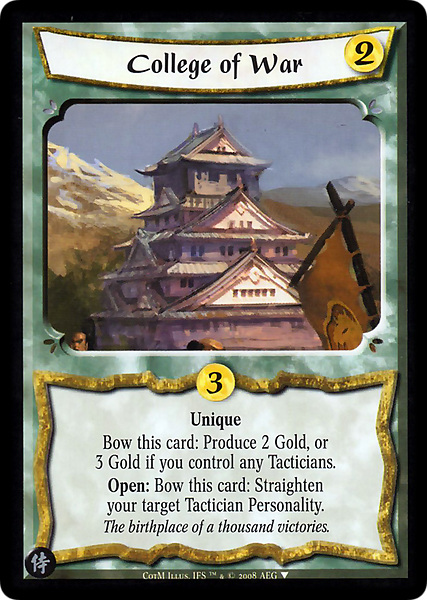 We’re back and, since I know folks have been asking, it’s time for your Legend of the Five Rings statistics drop (stay tuned for a Cypher System Rulebook review). A big pile of extra data this time. Because there was no update last week, there are two weekends worth of data this time, and each of those two weekends had four Kotei. Additionally, I got the data for the Madrid Kotei three weekends ago, and that is now included. Note that, in keeping with longstanding policy, the Kotei that deviated (with permission from AEG) from the normal floor rules is included in the data based on who would have made the cut under the normal system (so the two 3-2 players who made the cut are not included in the ‘make the cut’ data).

So, what has changed with all that data (remember that even though it’s a relatively large amount of data for a single update, the fact that there was already most of the season included already makes it harder to move the needle)? Dragon didn’t get better at making the cut, but picked up two more wins. Scorpion have continued to slide in their rate of making the cut, although that still leaves them in the middle of the pack. The overall environment slipped a bit in its overall balance rating (that’s the 0.20 in the bottom right corner – lower is better), although it’s still good.

* How likely the clan is to make the cut as compared to the average clan, normalized so that 1.00 = average.