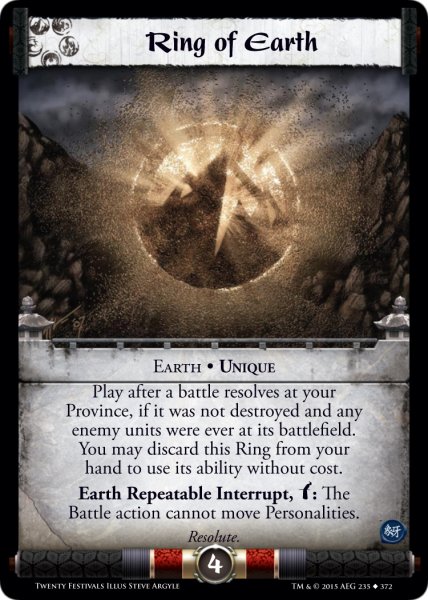 This will be the final “Kotei” season update, because we’re tacking tournaments results for Legend of the Five Rings tournaments that are Twenty Festivals legal. You know, unless I find out that I’ve messed up again. Which I raise as an issue, because I have to scrape a bit of egg off of my face and take the Anchorage Kotei results back out of the data, because it was 20F Extended, not 20F Arc (without only two 20F Extended and one 20F Strict tournaments there isn’t enough information to say anything vaguely meaningful about those formats). In particular, I’m checking whether the Swedish Kotei was 20F Arc (as announced in the tournament thread on the AEG forums) or 20F Strict (as announced in the official listing on L5R.com).

But, barring a correction there, this is the final update from me on the Twenty Festivals Arc environment (other contributors may have their own takes). Two more Kotei added two more Phoenix wins, producing a final table as follows:

So, where does this leave us, looking back on the format? Much better than the format started out, for sure, although not as balanced as it had looked like it might end up. Phoenix took back its lead at making the cut, and it and Mantis never really loosened their grip on dominance at making the cut (unlike the Scorpion, who started off hot and really took a nosedive). Dragon and Spider, although showing flashes of hope as specific points in the season, ended up with pretty dismal make the cut rankings.

On the other hand, everyone won Kotei, and the Clan that only won one (Lion) was not one of the two Clans with particularly lousy rates of making the cut. Twenty Festivals Arc has proven substantially more balanced than any Arc environment in Ivory Block, indicating (to me at least) that the Design Team has gotten a better handle on the new design paradigm. It was less balanced than most of Emperor Edition (which had significant power level problems, but was not unbalanced for most of its run, 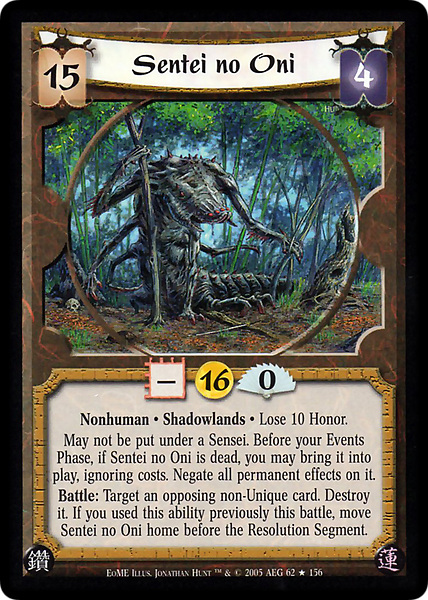 contrary to what many think of the overall dominance of things like Kalani’s Landing), although that excludes the significantly balanced tail end of Emperor Edition (starting with Coils of Madness). What about Celestial Edition (if we want to reach back into the mists of time)? This environment would be about in the middle, from a balance perspective, as the environments in CE tended to swing between very balanced and not so much.

Ultimately, this environment has shaped up to be pretty decent, from a balance perspective. Although, I have to say I would not mind some significant improvement going forward for my Dragon. And I’m pretty sure the Spider players wouldn’t mind less futility either. On a personal note, I can only up that improved success comes on the back of some giant Oni Smash monstrosity, a deck type that has been sorely missing for some time now.