We’ve wrapped up the pre-Twenty Festivals part of the Kotei season, so now seemed like a good time to touch base on what little data we have on the Ivory Strict environment that will lay the foundation for the Twenty Festivals Arc environment. Yes, yes, there were two Ivory Arc Kotei as well, but those would literally be the only two data sets for a The New Order-legal Ivory Arc tournament, and that’s too little data even for our purposes here. Not that seven tournaments with an average player count of about 34 is a giant data set, but that’s at least enough to throw something up here. 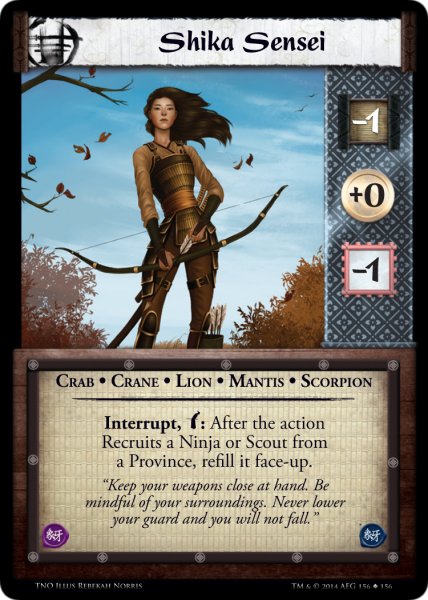 Because it’s been a bit since I did one of those, let me give a preface on what these numbers mean. Well, the last two columns, anyway. The “% Made Cut” column is the percentage of players of that Clan who made the cut (including “play in” rounds; so this is basically anyone who went 5-2 in a 7 round tournament or 4-1 at a 5 round tournament). The higher the figure, the better the Clan is doing. Of course, there’s the “won” column if all you want to look at is how many Kotei the clans have won. The figure at the bottom of this column is the percentage of the field that made the cut (note that this is different from the average rate of making the cut for the average clan, since different clans have different numbers of players).

The most complicated column is the far right one, which seeks to provide a basis for comparing how one clan is doing compared to the norm for that environment, plus provide a figure that can be directly compared to other environment to see which were more or less balanced. A figure of 1.00 in the “relative chance of making cut” column means that the clan made the cut at exactly the rate of the average of all of the clans (which, again, is slightly different from the rate at which the average player made the cut). A figure of, say, 1.34 means the clan was 34% above average, while a figure of 0.77 means the clan was 23% below average. There’s a bit more room to go up than down. In theory, you can only go down to zero, but the top range is unbounded. As a practical matter, the very worst clan performance in an environment (since I’ve been tracking performance) would have been something like a 0.50, while the best would have been something like a 2.17. The final number in this column is the average of the absolute deviation of the nine clans from a “perfect” figure of 1.0. So it serves as something of a singular numeric value for the overall clan balance of the environment (higher = less balanced), although I can’t say for sure that it’s an ideal representation.

Next week we’ll get Twenty Festivals legal tournaments, so expect to see another of these a few weeks after that when there’s some more data. I’m also hoping to host another source of data analysis here, so you can get another view on this sort of thing.