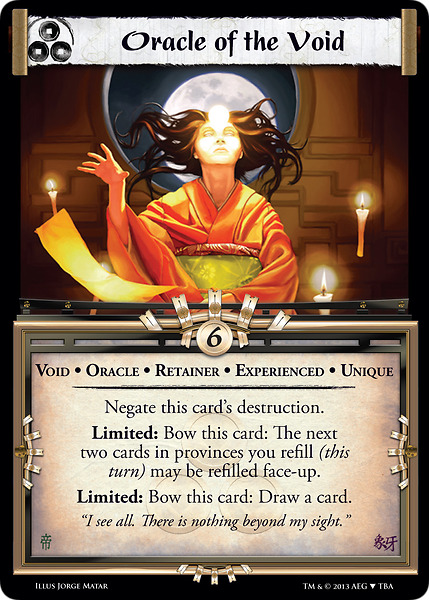 Hello, and welcome to another Newbie Corner. Today is finally the payoff of that Q&A I asked for so long ago. I didn’t get the response I was hoping for, so this will be shorter than I wanted, but I don’t think sitting on this any longer will encourage any new questions arriving. Thanks everyone who submitted a question!

He argued that they are the same, and that dishonor only feels that way because it’s actually interacting with you.

What is your opinion on this?” 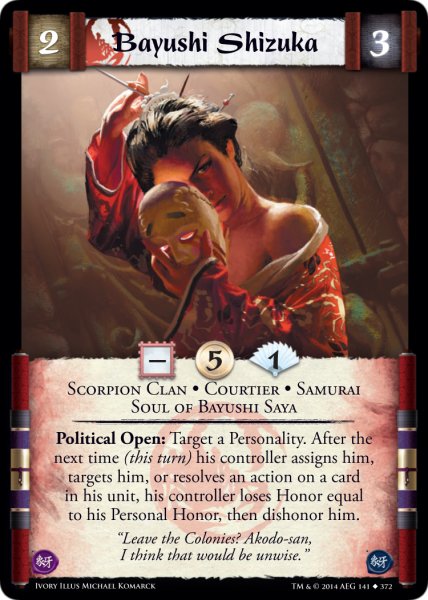 Great question, John. Short version is I agree with your leader: at their heart both decks put you on a “clock:” a limited number of turns to win before they themselves win. Traditionally dishonor has felt like the tougher clock because a) they are messing with your toys (honor) 2) with the old seppuku rules, plus buying people for full it feels like you should be able to do something to slow them, and third often the dishonor hits are conditional. Saya (or as she is now known Shizuka) is a prime example of this: her honor hit is only going to trigger if you use the personality targeted, so it feels like you should be able to do something about it. You can’t, not really. It gives you a little bit of control over the clock, but rarely is it even enough to shift the clock by a full turn.

Also affecting the honor vs. dishonor perception is how prevalent they are. Nearly every clan has an honor theme now or coming, while only two that I’m aware of have dishonor. This means that you’ll see more honor in a tournament, meaning both that you have more experience against it but also that you get a better expected return for playing your honor meta.

All that said on the general, in the Ivory environment I have seen nothing to suggest to me either honor or dishonor is a faster clock. The real signal will be once we get into Kotei season and see real tournament results. Until then, we can really only consult our local playtesting, which for me has been that they are relatively even clocks and your military deck will need to smash their face in similar amounts of time.

Mike asks “what is a Kotei?“ 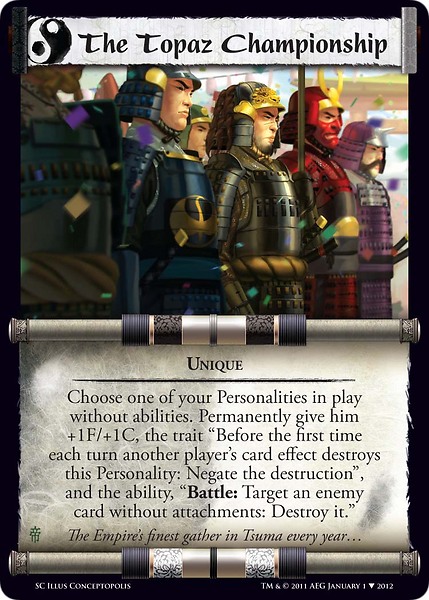 A Kotei is a large tournament for L5R. The equivalent of other game’s regionals or qualifiers. The top ranked player traditionally gets an automatic seed into the Saturday tournament at GenCon/Worlds. Depending on the local area you’ll likely see 50-100 people there (some even have more) They’re also a great way for new players to meet players, and enter the vibrant L5R community. If there’s one (or more) near you I’d certainly recommend attending if you can.

Steve asks “Why are they yelling at the start of the tournament?“

Honestly, I don’t know how this tradition started: it was already strong by the time I started playing in Gold and I’ve never heard an origin. At the start of big L5R tournaments the TO (tournament organizer) shouts UTZ! three times as loud as they can. To each of these the traditional response is BANZAI! as delivered by all of the players, as loud as they can. It’s a great way to get into the spirit of the event, plus scare all of the Pokemon players hanging out.

Fred asks “What are boxables?“ 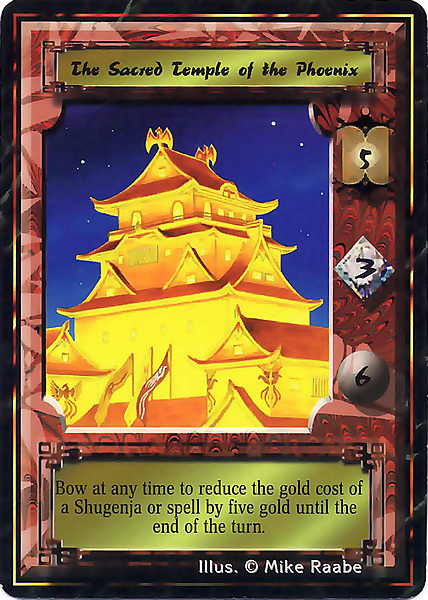 For this we’ll need a brief history lesson. When the game first released in Imperial Edition your stronghold was not on a card, but rather was printed on the back of your box. (It wasn’t until much later with Mon backed strongholds that you got a physical card for your stronghold) For this reason you would use the actual starter box your cards came in as part of the game. Thus why older players will sometimes refer to their stronghold as their “box.”

The next step is personalities: for most of the game’s history it is desirable to be able to purchase a personality on the first turn, when you have just your Stronghold’s gold to pay with and starting honor for honor requirements. This makes a “Boxable” personality one who can be purchased with only your “box.”

John also asked “When is it “safe” in terms of ivory to attack into a dishonor deck?“ 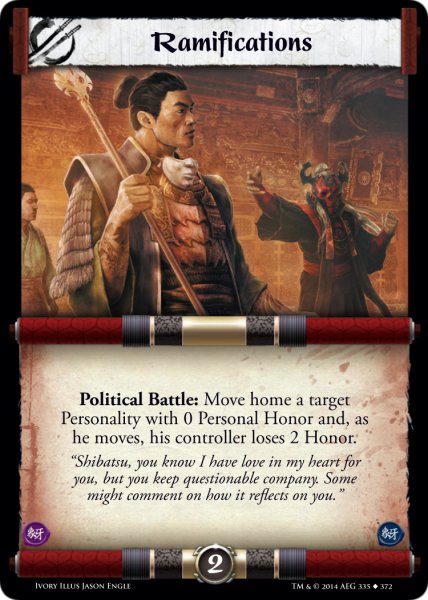 I’m not aware of more than a few out of hand in battle honor hits, which is the main thing you need to worry about in that match up (with honor gains in honor decks being the same way.) As such, within a few points, you should be able to calculate how much damage they can do when you attack by looking at the board. If you can’t afford it (plus a few more) then you should hold back. Otherwise, standard attack advice: do you think you can take the province? Then go for it. as I’ve said in prior articles, err on the side of attack until you have a better feel for the game: conservation will lose you games as the attacker. When to attack is, and probably always will be, one of the more difficult skills to learn in this game: your best bet to learn how to do it is to make mistakes until you learn the signs that show it’s unsafe.

Chris asks “Benjamin, where are your pants?“

I don’t know, Chris. he never seems to be able to find them.

Hopefully that answers all your burning questions. As always, let me know if there’s anything you’d still like to know down in the comments. Also, good luck at your Kotei. The Atlanta Kotei is this weekend (assuming Chris publishes this soon. Otherwise he should remove these sentences and mention how awesome the Kotei was)