Hello everyone and welcome back to Theory Katana! Legend of the Five Rings has supported several alternate play styles over the years, from sealed and draft play to suicide packs. Constructed decks have largely remained within the standard arc structure, but in the last few years there’s been more exploration outside of that convention. War of Honor allowed the merging of current and previous arc cards and has seen several tournaments, but this year’s GenCon will mark the debut of BigDeck.

I had the great opportunity to ask Antonio Calderon, owner of shirobigdeck.com and the prime advocate of the format, some questions about the format and its history. BigDeck is an exciting and fun way to play L5R for both old and new players. It’s my hope that this interview sheds some light on the format for those curious. Without further preamble, let’s get right to it! 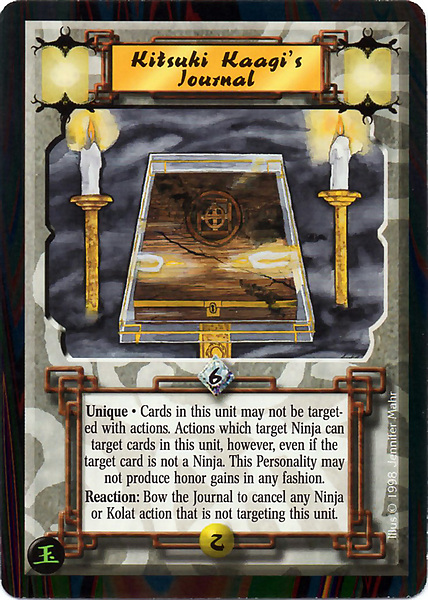 Theory Katana: Where did BigDeck start and why?

Antonio: My old L5R playgroup in Philadelphia came up with it. Most of us started playing L5R with Samurai, around the time Stronger than Steel was about to come out. Some older players had legacy cards and we tried that for a time. Legacy was a little fast, though, and there were a couple decks that seemed to dominate. There wasn’t really a chance to get old champions into play, or try out fun theme decks. Some local Magic players were playing a 200-card highlander format which they called Magic BigDeck, and we wanted to see if we could modify it for L5R. We went with 100 cards in each deck, and also went with only one copy of each card to make it more difficult for a deck to be too efficient, and give people a chance to get the bigger, cooler characters out. 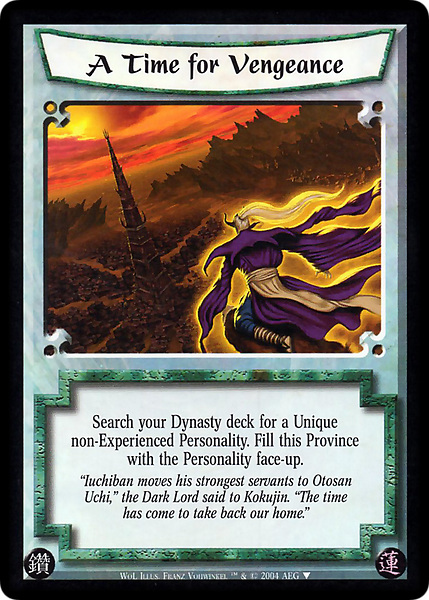 I saw BigDeck really start to take off as Samurai rotated out. We wanted to keep playing with our Samurai arc cards. We wanted them to still be relevant. The other nice thing about BigDeck is that every game feels different, different combinations come up, and you never win the same way twice. We still want to have fun with some brokennness but not all the time. If it comes up, it comes up, but even then you can still win or lose.

Part of my goal is that I want to keep the randomness of BigDeck. I do want combos to be viable but not consistent. That’s why there’s only one copy per card. The biggest problem I see with the format is the amount of search effects available. One of the things we’re discussing is if anything should be done about search effects and what cards should be banned. I don’t want to go as far as instituting a rule against searching because I’m concerned about keeping enlightenment viable. We mainly want to ensure that every game feels different, and that you can’t always see the same cards. 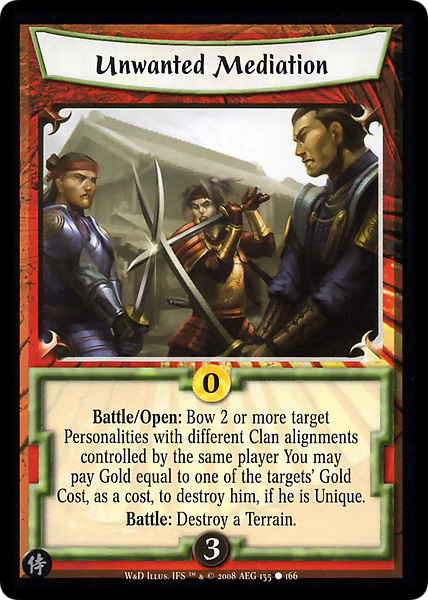 The other thing I’d like is feedback from other playgroups, from anyone who plays, about seeing if certain cards are problematic. I want the format to stay fun and random. I don’t want to cut out all the “broken” cards, but I do want to keep the format fun.

Unfortunately, for me, that initial playgroup dissolved. People moved away, and others stopped playing. When I joined my current group and told them about BigDeck, they really liked the format and it took off again. That’s when I decided to start the website for BigDeck, as a way to organize players and get more discussion going about the format.

Theory Katana: Where is BigDeck played?

A: We play it in Philadelphia at our stronghold store, 7th Dimension Games. We do a league for it and try to play at least once a month. I know Pittsburgh is starting up a league as well. We have our leagues on the forum at shirobigdeck.com, and other people can set up their own BigDeck leagues there too. I’ve heard of other areas playing here and there, too, like in the Austin Kotei thread last year. The Sterling, VA Kotei ran a BigDeck side event last year, and they are supporting the format by doing one this year as well (April 20th). Atlantic City (March 23rd) and Austin (June 6-9th) are also supporting the format by doing side events for BigDeck this year. And of course, we now have BigDeck at GenCon to look forward to!

Theory Katana: What decks are popular in the format?

A: Our group is pretty diverse, partly because players switch up decks every now and again. Unicorn was strong at the start and was dominant in our area for a while, but Crab out of Razor’s Edge Dojo has been getting popular in our area lately. One player has a pretty good Dragon enlightenment deck. He’s been pretty good at building Dragon bigdecks and usually does well with whatever stronghold he picks.

Military has been popular in our area, as it’s the easiest win condition, with the second easiest being honor. I would like to see more variation, and I’d like to see more dishonor even though I personally hate it. Enlightenment is the hardest, especially when you only get one copy of certain cards. That’s something we keep an eye on and we try to keep balanced. I would definitely say though that dishonor and enlightenment are not as heavily played as the other two.

One thing that was added to the format to help people build decks is the 40-proxy rule. The proxy rule is there to help people out with getting access to older cards. It is easier to find old Magic cards than old L5R cards in general. I’ve had trouble myself getting some old cards too. Our group has older players with older cards who donate them to newer players, but I know not every playgroup is the same. I do check the trade forums to get ahold of older cards and I have had quite a bit of success doing so. I think the best option right now is trading on the AEG and clan forums. The more people are trading around for older cards, the more it will get the ball rolling on getting these older cards into peoples’ hands. Of course, there are some online vendors. [like our sponsor, L5Rsearch.com – Chris] 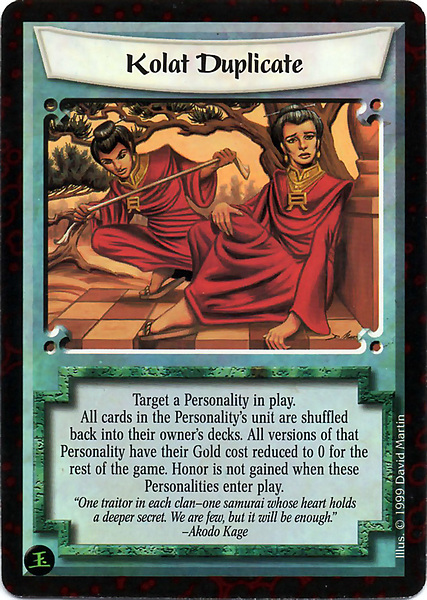 Theory Katana: What sets are most important for BigDeck players to look at?

A: I will say that there have been a lot of good and powerful cards out of Celestial and Emperor arcs. A lot of good cards have come out of those arcs. Test of Enlightenment comes to mind as a really powerful set. Lotus and Samurai arcs had some good stuff. Stuff older than Lotus might not be as essential, however the more powerful Events tend to be pre-Gold. I feel like if you started with Celestial and maintained your collection through Emperor, you’ll have a pretty good starting base.