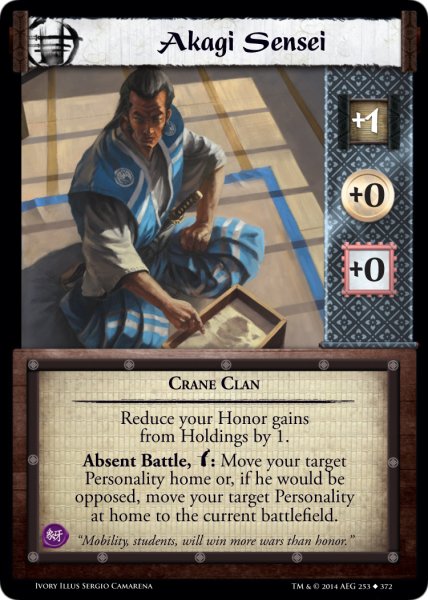 Well, looks like we’re back to Crane-topia again in Week #3, with three of the four Kotei featuring Crane v. Crane finals, and the fourth seeing Scorpion dishonor pick up another win over … Crane. And it wasn’t just in the winner’s circle either – in each of the three Kotei we have full statistics for (I haven’t seen the full cut for Tulsa yet, just the T2) at least half of the Crane players made the cut (and a total of 14 of 23). It wasn’t all Scout military, but there was an awful lot of that.

Scorpion, obviously, picked up another win, and the Unicorn also had a pretty good weekend as far as making the cut went. Those two Clans are way below Crane, but putting up what we’d be talking about as very strong results if Crane weren’t overshadowing them (especially Scorpion, since it’s won half of the Kotei that Crane didn’t win). Crab did better, at least, although not good.

Again, charts below do not include Tulsa (except that the win for Crane is noted in the first chart):

And as for the estimates and projections for the storyline results (again, without anything from Tulsa):